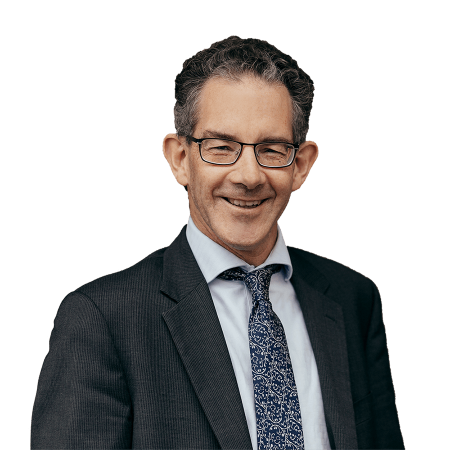 I'm a Director at CS Law

Here is the Spring 17 Rural eSpeaking. This quarter covers topics such as nuptial settlements and fire hazards. Read here or clink the link below to download your copy.

Welcome to the Spring edition of Rural eSpeaking. We hope you find the articles both interesting and useful to your farming operations.

If you would like to talk further on any of these topics, or indeed any legal matter, please contact us.

Have I made one?

The law around trusts is ever-changing particularly with relationship property and matrimonial issues. The courts continue to chip away at the trust as an appropriate vehicle to protect assets against a relationship breakup.

One area of this changing environment that will be of interest to the rural community is a consequence of some judicial reasoning in the Clayton v Clayton[1] case. There will be particular interest in the comments made in relation to ‘nuptial settlements’ and s182 of the Family Proceedings Act 1980.

S182 of the Family Proceedings Act provides, amongst other things, the following:

In the Clayton case the Supreme Court agreed with previous judgments that a nuptial settlement is “any arrangement that makes some form of continuing provision for both or either of the parties to a marriage in their capacity as spouses, with or without provision for their children.”

It is not uncommon in the farming situation for there to be several homes owned by a trust that owns the farm, and for various family members to live in those homes with their spouses and their children. Often the trust that owns the land was settled some time ago, often by either the parents or grandparents of those occupying the homes. Until recently, it wouldn’t have been contemplated that those homes could be at issue in the context of a relationship break-up.

Previously it had been fairly clear that, for example, if a farmer owned the farm in his or her own name, then got married and transferred it into a family trust of which the husband and wife, and children were beneficiaries, that would be regarded as a nuptial settlement for the purposes of s182 and therefore the court could make orders in relation to it, if the marriage broke down.

It now appears, however, that the courts may well be prepared to go further than that, as shown in the Kidd v Van Den Brink[2] case. There the Hilversum Trust was settled in 1990 for the benefit of Mr Van Den Brink Senior’s wife and children as well as any spouse of any of their children. In 1998 Mr Van Den Brink’s son Steven began living with Ms Kidd; they subsequently married and had a child. The Hilversum Trust provided a home for the family and paid the outgoings, provided furnishings and also assisted in the provision of a loan to help with a business for Steven and his wife. Steven and his wife separated in 2006 and Ms Kidd made an application under s182 for provision to be made out of the Hilversum Trust for her based on the ‘settlement’ made on her and Steven during their marriage, ie: the provision of the house, loan and so on.

Ms Kidd failed in the first instance but leave was given to appeal which, given the reasoning in the Clayton case, may well have been successful. The parties settled, so the appeal was never heard.

The Kidd case was a situation where the couple and their children were living in a house provided by a trust that had been established years before they had even met, by one of the parties’ parents, and the couple themselves had contributed nothing. While it’s unlikely the court would have made any orders affecting the bulk of the assets of the Hilversum Trust, commentators certainly foresee the court looking at the settlement (the house) and making some type of order requiring the trustees of the trust to provide some form of accommodation for Ms Kidd so that she could continue to receive the benefit of the settlement that had been made on her during the marriage.

The above facts and situation are not at all uncommon in the rural sector given the nature of land ownership, family farming operations, and so on. It illustrates how difficult and complicated relationship break-ups can be for the trustees of farming trusts. Ordinarily the way to protect assets in these matrimonial situations is by relationship property agreement (RPA). However because the assets being dealt with in this situation are not, and have never been, owned by the parties an RPA can’t be effective, as it can’t bind third parties, that is the parents’ trust.

The way to deal with this issue might be by way of contract and by putting some consideration in, so that it is more of a commercial arrangement. It would mean you could live in the house for a fixed term (that could be renewable) if you pay the outgoings, maintenance and so on and also do a certain amount of work around the farm.

As you know, there is no universal solution to one person’s problem. As always, our advice is talk with us about your particular situation.

Look after your property

Four years ago we published an article about the risk of fire in the rural sector and the consequences of not holding appropriate insurance cover (Rural eSpeaking, Issue 12, Winter–Spring 2013). The number of rural fires throughout the country seems to be increasing each year.

Recently Stuff reported on a case in Gisborne[3] where the Gisborne District Council was found by a judge to have acted negligently by “failing to address a fire hazard on its block of land” when a fire began on the land and caused damage to the neighbouring sawmill owned by Double J Smallwoods Limited. The judge ordered the council to pay Double J Smallwoods’ owners more than $875,000 in damages for the loss caused by the fire, which had occurred some seven years before.

The council said that vegetation is a normal and reasonable use of land, and that the fire wasn’t started by them. KiwiRail also had adjoining land and there was some issue as to whether the fire started on the KiwiRail land. This was of interest, because in 2001 the council had actually written to KiwiRail saying that, in the council’s opinion, the condition of KiwiRail’s land posed a fire hazard and, in particular, “this type of overgrowth is dangerous, particularly when next to a timber yard.” This correspondence by the council came back to haunt it as apparently the council’s land was in exactly the same condition. The council is appealing the judge’s decision.

The main point here is that for the rural community, you’re facing the same issues that are in the Gisborne case.

There is also the problem of changing land use. The Hawkes Bay fires last summer spread through areas forested with pine trees; 50 years ago those same areas would have been drier and devoid of any grass over summer leaving little or nothing to burn. In the Port Hills fire situation in Christchurch in February this year, lifestyle developments in the area have also changed the use of that land.

What the Gisborne case does show, is that a risk of liability for fire is real and doesn’t necessarily involve any positive act on a landowner to incur liability. The need to ensure that the fire risk is properly mitigated is clear and, while the need to effect and maintain proper insurance cover is obviously a necessity, prevention is always better than cure. The mere fact that vegetation might be natural and it’s a reasonable use of land does not necessarily protect an owner against liability.

As an aside, the reason that the sawmill owners themselves needed to take action against the council was that they were under-insured; they needed to pursue the council on their own account for their losses.

There are a number of developments in health and safety expected later this year. These include the first sentencings under the new Health and Safety at Work Act 2015 that are due to be released. As well, WorkSafe is expected to launch its Health and Safety Improvement Performance Toolkit.

We will continue to monitor this and update you in the next edition of Rural eSpeaking due in summer.

Farmers unsuccessful in their claim against rural contractor

In May this year the High Court released its judgment in the case of A P and A W Hughes Limited v Lyall.[4] In 2014 Allan Lyall was contracted by A P and A W Hughes Limited to harvest a pea and barley crop for silage. When the silage was opened for feeding, which was three months after harvest, it was found to be in poor condition. The farmers attempted to sue the contractor for $300,000 worth of damage to the silage crop seeking compensation for the loss of winter feed.

The High Court found that the contractor used the skills expected of a reasonably competent silage contractor to implement the fall-back option of cut rake and chop that was agreed to by the farmers at the time of harvest. Despite this, soil was still incorporated in the silage by this process resulting in a loss of silage quality. The judge found the silage was poor quality because the crop was over-matured when it was harvested and this was not the contractor’s fault; it was simply the consequence of adopting an option agreed to by the parties to address the circumstances.

The court considered whether there were implied terms in the verbal contract between the farmer and contractor. It concluded there were, but the scope of these must be considered in light of circumstances which dictate a change.

It is crucial, at all times, to remember the importance of verbal discussions when engaging or providing services, and how these are to be provided or undertaken.

In June this year, the High Court delivered its judgment in the case of Green Road Cattle Company Limited v Southhead Holdings Limited[5].

In 2016 lease arrangements were entered into by Green Road Cattle Company Limited to lease land from Southhead Holdings Limited. A standard form Federated Farmers lease was signed by both parties. It was acknowledged at the time that the land was not in the best condition for farming and, in acknowledgement of this, a lower rental was agreed for a portion of the lease period.

Differences arose over the extent of remediation and investment required to the property. The lessee asked to renegotiate the lease or not renew it. The lessor believed this amounted to a surrender of the lease by the lessee and gave an end date. The relationship between the parties deteriorated and cross applications were made to the court. Despite the lease agreement containing a dispute resolution clause providing for arbitration, as an interim measure the court maintained the status quo of the lease and restrained eviction of the lessee as long as its obligations under the lease were met. An order was made referring the parties to arbitration.

Arbitration involves the determination of a dispute by one or more independent third parties (the arbitrators) rather than by a court. The dispute resolution provisions in contractual arrangements are often overlooked. It is important, however, these are understood and followed when any dispute arises.